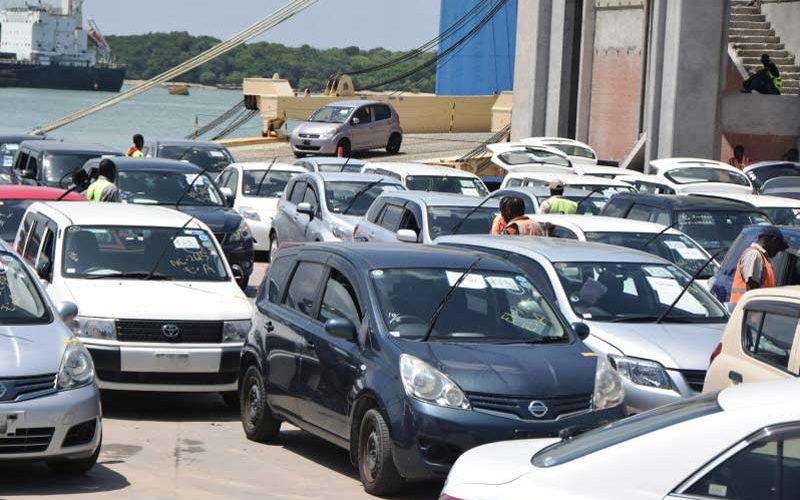 Until recently, Mombasa Island was largely viewed as a tourism city but is currently undergoing major changes with most buildings and open spaces turning into car bazaars.

Old residential or rental houses are being demolished to pave way for used car showrooms. High-end residential estates like Kizingo and Ganjoni have also not been spared by this new phenomenon.For instance, along Moi Avenue, there are over 15 car showrooms on the ground floors of virtually all storey buildings and open spaces.According to Car Importers Association of Kenya (CIAK) of the 402 secondhand motor vehicle showrooms in Kenya 200 are situated in Mombasa especially along Moi and Haile Selassie Avenues.“About 80 per cent of an average 12,000 second cars imported into the country are sold in Mombasa. The face of Mombasa is changing,” said CIAK National Chairman Peter Otieno. Halted licensingYesterday, Mombasa County Government said it has halted licensing of any new showroom within the Central Business District (CBD) saying it was damaging the face of the city.Governor Hassan Joho’s administration announced that it has started to implement the county’s vision 2035 which has defined each area and the kind of business to be offered.County Executive Trade, Tourism & Investment Fawz Rashid said the county is engaging showroom owners with a view to move their business to Miritini, 11km west of the CBD.“We welcome investment but we cannot allow the whole town to be turned into car showrooms. In this financial year no showroom will be licensed to operate within the CBD,” he said.The showrooms have also been a source of conflict between owners mostly from Pakistan and security officials.Former Coast Regional Coordinator Nelson Marwa claimed that some car importers were conduits of drug trafficking and money laundering.   In September last year, Coast Regional Police Commander Noah Mwivanda reported that 163 Pakistanis living in Mombasa were arrested for possession of fake work permits.Yesterday, CIAK National Chairman Peter Otieno said claims that car importers were conduits of any illegal trade was an excuse used by the police to harass and extort traders.“Those are unfounded claims that were used by some state officials to extort traders especially foreign investors who have pumped in millions of shillings into the trade,” said Mr Otieno.He noted that no car dealer has ever been charged for dealing with narcotics, being in the country illegally or money laundering and challenged any one to prove otherwise.Police sources said some of those arrested were employees or directors of used-car showrooms in Mombasa who had fake documents. But Otieno refuted the claims saying non of his members was arrested.Kenya’s vehicle market is dominated by cheap second-hand imports from Japan, which account for 89 per cent of annual sales.In 2018, an estimated 125,295 vehicles were imported into the country and traders disclosed that most of the units were destined for showrooms in Mombasa, the country’s second-hand Japanese cars hub.Sector analysts attribute the growing car bazaars to the city’s proximity to the port. They also said that due to the emergence of other commercial hubs like Nyali and Changamwe most offices moved leaving the old buildings for car traders.Changamwe’s transformation to a commercial hub started in mid-2006 when residential houses paved way for Container Freight Stations (CFSs) and yards for the transport firms.This was fueled by huge state-funded infrastructure development like southern bypass route or Mombasa Port Area Development Project (MPARD).Other than private traders, several banks and petrol stations have since opened offices in Changamwe and Nyali thereby creating space for showrooms in the island.

ARE YOU LOOKING FOR A CAR?

DO YOU WANT TO SELL YOUR SECOND HAND CAR?

We provide trade in options. Contact Us today for more information